Playful approaches can directly affect our sensory faculties beyond the realm of power and knowledge. The »stretching senses school« is an education-as-research project at the Tieranatomisches Theater Berlin (TA T) attached to the exhibition Stretching Materialities.

Introduction to the Stretching Senses School

The ongoing climate disaster puts many worlds in imminent danger. But conveying the entanglements of the more-than-human relations is an arduous task. Playful approaches can directly affect our sensory faculties beyond the realm of power and knowledge. The »stretching senses school« is an education-as-research project at the Tieranatomisches Theater Berlin (TA T) attached to the exhibition Stretching Materialities, co-partnered with the Node Institute Berlin. Through this workshop-based contribution to the exhibition, we are fostering collaboration between anthropology and immersive interaction art. We are engaging with experimental collaborations [1] alongside digital artists and creative coders in order to raise awareness of the public on the multiscale and embedded interconnections between humans and other earthly beings.

Dynamic immersive experiences mapped onto a physical space are at the core of the exhibition »Stretching Materialities« of the MoA project Object Space Agency. At the center of the roundly shaped exhibition space, a portal-like VR elevator is built. With it, the visitors can hitch rides across temporal and spatial scales.[2] Early on, we envisioned this device as a platform for collaboration. Through the stretching senses school, we are sharing and extending this toy with other artists, programmers, and digital activists who are interested in stretching senses and blending physical and virtual in hybrid setups — producing compelling experiences which help to challenge our anthropo-centered imaginations and acknowledge our hypo-subjectivities in the face of the climate crisis.[3]

We wish to keep attending to this community of ›members‹, which, we hope, will pursue its activities in the years to come, fostering playful and excessive collaborations between ecological humanities, creative coders, and digital artists. With the intention to build participation of the Berlin-based artist community, we have designed a process in collaboration with the Node Institute and with the mentors, in order to balance and “contain” the project into a manageable working process.

We have originally received around thirty applications for our call for application directed primarily at “visualists”, 3D artists, programmers, and sound designers, based in Berlin. The participants are all young professionals. Some are teaching in art schools, some are undertaking graduate studies, and all of them are working as freelancers. Among the ranks, one can find the workers of some of the finest digital studios. We selected a balanced group, with criteria of inclusivity, variety of skills, levels of experience, and working contexts. Not surprisingly for the Berlin scene, we count 14 different nationalities in a group of 15, curators included.

The members of the school received modest financial compensation for their time and accepted to take part in the activities and complete the production of research-creation artworks. The design mentors of the school shared their experience, and engaged on an equal foot with the school members to produce research and design works, in collaboration with the scholars of the project »Object Space Agency« at »Matters of Activity«. They were offered to exhibit their results and collaborate on interdisciplinary research publications, of which this open-access collection is a starting base.

These were the instructions that were already communicated in the call for participation:

Reading these instructions after the collaborative work, it is surprising how accurate we already were in our demands to the participants. The creative research process gave us many reasons to wonder and marvel at the inventiveness and professionalism of the teams, but the stubbornness of the group to follow the programmatic lines that were traced in advance has shown to be quite extraordinary.

Kick-off, sprints, and follow-ups: the architecture of a collaboration between anthropology and art

7 October 2021// Before the actual workshops started, we invited the selected participants to a fermentation workshop, as a way to get to know each other and to get in touch with the “earthly beings” which we were mentioning in our call. This event of the “ferment-activity club” at the cluster, an ongoing research activity, has played out magically as we cut and pressed vegetables into jars, preparing part of the meals for the kick-off workshop.

14–15 October 2021// The kick-off started with an introduction by the anthropologists and curators Yoonha Kime and Maxime Le Calvé, and with a guided meditation in the space of the rotunda. Going through the activities of our material surrounding and their entanglement with our bodily processes, we attuned ourselves to the exhibition space. Witnessing the flow of air that we breathed, the atmosphere around us, the touch of the stone pressing on our sitting bones, and the enveloping nature of the fibers of our clothes, we turned within to acknowledge the relation between our cellular selves and the other selves around us. After this, Yoonha and Maxime gave a tour of the exhibition to the participants of the school, telling them the stories of the research processes, and driving them through the various questions that are animating the research group Object Space Agency. We ended up with a tour of the building, bringing the group to the wonderful amphitheater —which will also be the stage of one of the experiences that are being produced now by the participants.

We set on foot to join the central laboratory of the cluster. Setting up the table for the compulsory social distancing, we undertook the first round of introductions. The experimental lunch, a performance of the fermentation club featuring the activist and food artist Akko, got us to stretch our senses again in the direction of the remote contexts in which our food is produced, with the commitment of many human and non-human beings.

The afternoon was spent as a first workshop by Mickey van Olst, who introduced the group to the basic working principles of photogrammetry. Featuring many examples of the latest digital work (such as Berl-Berl[4]), Mickey enthralled the audience with his own production and his pedagogical metaphors. Photogrammetry is a photographic technique that changes the scale of time and space. The captured objects are accessible as 3D objects, and can be filtered out and toyed around along many parameters and dimensions. For Mickey, photogrammetry is like “climbing a fence to a special place at night with your camera”, a moment of enchantment with the object at hand which displaces its attachment to the world to transform it into an intriguing landscape, freed from its original scale or texture.

The second workshop of the day, conducted by Jemma Woolmore and Nayeli Vega, explored the notion of storytelling as one of the basic principles of immersive experience creation. Presenting a number of literary works (such as Annihilation[5], Braiding Sweetgrass[6]…) as well as films and immersive experiences (the work of Marshmallow Lazer Feast[7], Berl-Berl again), they shared their own practice and invited the school members to join a storytelling exercise. Several participants submitted their own stories with rocks.

The second day started again with a short meditation. We moved on quickly to the workshop prepared by VanTa, who introduced us to the current landscape of tools and technologies to create immersive artworks, based on his experience as a multitalented creative coder and visual artist on state-of-the-art projects, working across many platforms. “Artists come to me with the whats and whys, and I come up with the hows”, he says modestly. The workshop went in-depth on certain aspects, presenting the latest improvements of the current software while giving us a broad view of the scene, and of the development of the technology. He even took the pain to explain to us the difference between GPUs and CPUs!

After this inspirational talk, we got to work to constitute the teams. All participants were invited to contribute on a Miro map with their thoughts and interests in terms of topics, techniques, and materials. In a two-step action, the mentors and the curators then suggested four groups based on the manifested interests, balancing the teams in terms of people and skills.

As a closing up, the group walked to the TAT to attend a performance, part of the Stretching Materialities exhibition around the installation of the “Well-Tempered Hygrometer” by Anna Kubelik & Olivier Schmidt. After two days of discussion about digital immersive technologies, this very analog dispositive was a refreshing reminder of the power of physical space and acoustic vibrations.

On two occasions, the teams have reported their progress on the ongoing research and creative processes and benefited from the guidance and feedback of the mentors, the curators and other members of the cluster (Clemens Winkler, Natalija Miodragović, Nina Samuel, Habakuk Israel, Robert Stock). Digital platforms have helped coordinate the efforts and keep track of the creative journey, becoming instantly collaborative archives of the research effort.

16 December 2021: Final presentations at TA T// The teams met on site to share the final requirement of their work with the curatorial team of OSA. A hybrid public presentation was held, gathering 15 participants on location and around 20 people online, showcasing the artistic research processes.

The works were quickly installed and exhibited until the 4th of March 2022, the end of the Stretching Materialities exhibition. This felt more like a test run for something more: this is why we decided to organize a festival that would focus on the works developed during this collaboration.

The stretching senses school festival combines a series of top-level lectures by thinkers of immersive technologies and ecological emergencies, together with deep-down workshops to overclock the VR artworks into elements of performance and sense stretching. Join us on June 23-24-25 at the TA T for some serious fun!

1 of 3
A Rejoinder to this Pub 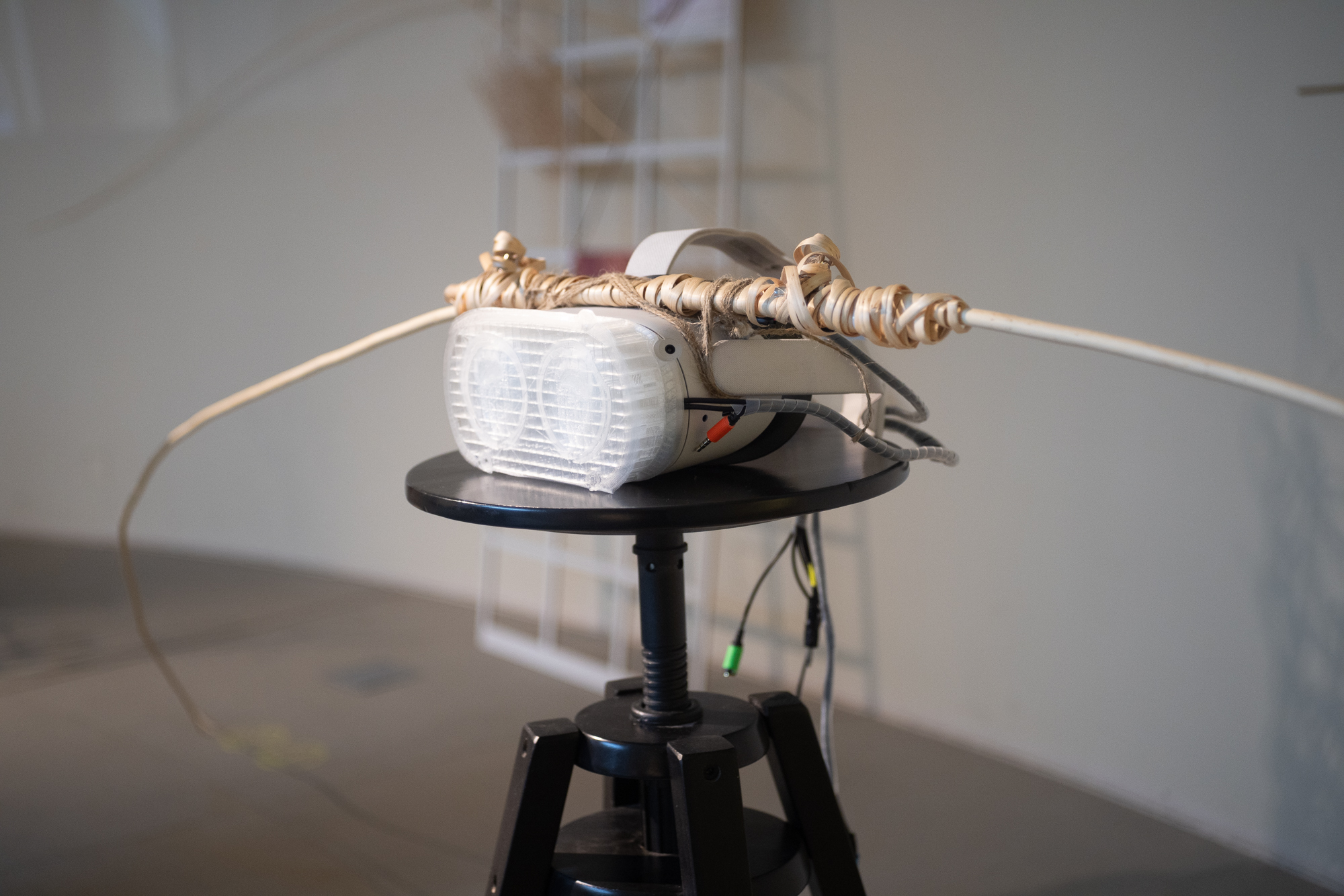 Antennae
by Chloé Lee, Samuel Perea-Díaz, and Vanta
A Rejoinder to this Pub 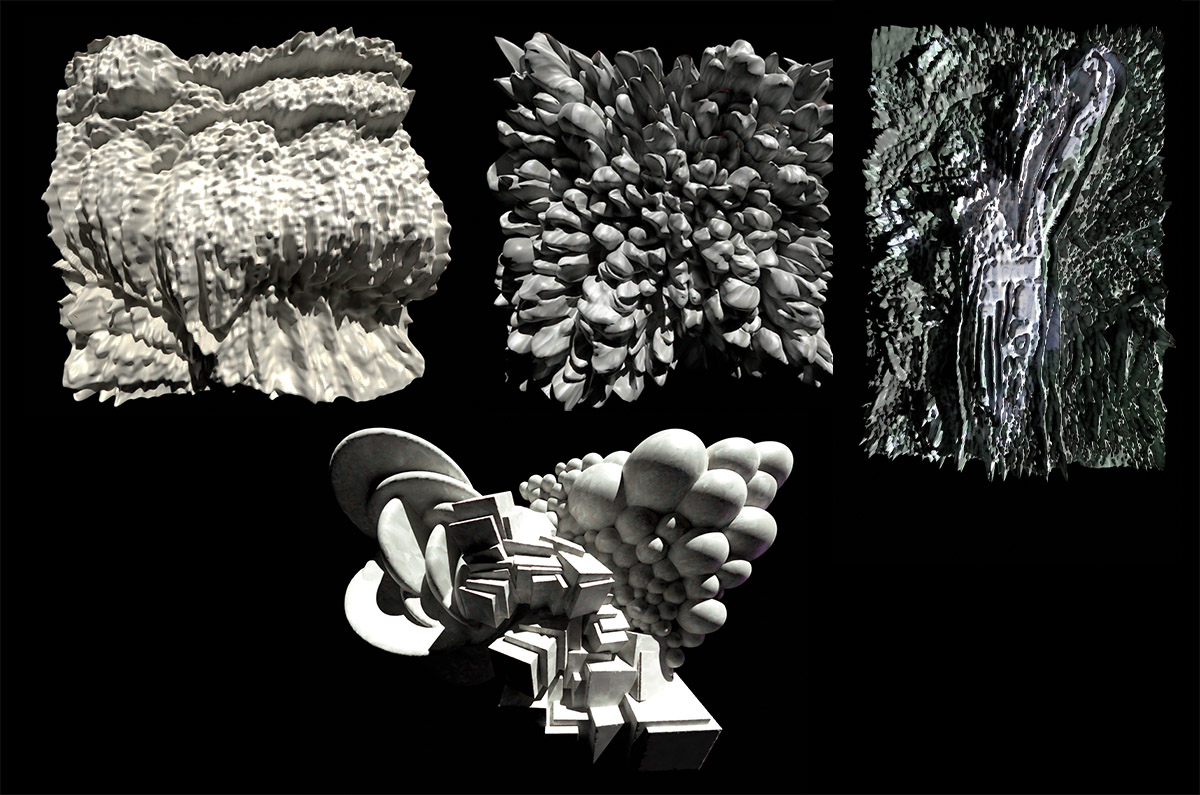 Java moves toward this issue in an unexpected way. Rather than making another engineered object to hold the referred to nearby factors, it basically utilizes the upsides of the factors. Lambdas appear to utilize the factors, yet they don't. They utilize just constants replicating the worth of the factors. Learn it from Java Classes In Pune at SevenMentor